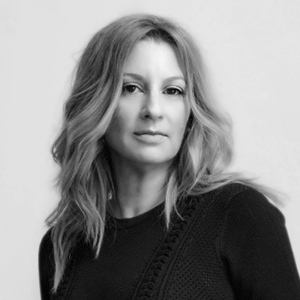 Born in New York and raised between Europe and North America, Janet has a deep familiarity with both European and American culture which she continues to nurture today as she splits her time between the two continents. This global perspective and her multilingual command of four languages have uniquely positioned her at the center of the rapidly evolving international luxury market.

After living in Paris and immersing herself in the refined Parisian world, and studying foreign languages, literature, and international relations, Janet began her professional career as a personal stylist. But her interest in international relations soon led her to take a job in her home country of Portugal as the Marketing Director for the U.S. Pavilion at the 1998 Lisbon World Exposition. Fast forward a few years and Janet decided it was time to pursue her long-time love for interior design. Before starting her own firm, she earned a degree in interior design, and honed her skills designing palaces in the Middle East under the tutelage of highly demanding bosses. It was with this design firm her entrepreneurial spirit was sparked leading her to start the four businesses she currently runs.

In addition to her passion for design Janet has always felt a deep desire to empower women. Thus leading her in 2018, to establish the KOKET-Love Happens Intern/Mentorship, a US & Portuguese based program created to empower young women to reach their full potential. Then in 2020, to join forces with long-time friend Angela Costa Simões, Chair of the Board of Directors of PALCUS and Carolina Rendeiro, Chief Executive Officer at Connect2Global and Honorary Consul of Portugal – Miami, founding the Portuguese American Women’s Empowerment Alliance.

Carolina RendeiropreviousÂngela Simõesnext
We use cookies on our website to give you the most relevant experience by remembering your preferences and repeat visits. By clicking “Accept”, you consent to the use of ALL the cookies.
Cookie settingsACCEPT
Manage consent