This series of articles depicts the achievements of Portuguese women who broke the glass ceiling in their fields and in society, paving the way for all that followed. It is also a constant reminder that the work is never done, and their legacy is not a granted asset — it is a torch passed on to the following generation, to be carried with the responsibility to continue their efforts, and conveyed to the next one.

While you may recognize her name on the façade of a Hospital or multiple streets and avenues, you may not know that Carolina Beatriz Ângelo was the first woman to vote in Portugal. Born in São Vicente, Guarda in 1878 to a liberal family, she found a loophole in the law that stated that the right to vote was reserved to literate head-of-households over 21 years old. Carolina was then a widow and mother to a daughter, which technically allowed her to cast her vote in the election of the Constituent National Assembly in 1911 — and caused for the law to be changed, specifying that only the male heads-of-household could vote.

Carolina, who studied to become a doctor, was the first female surgeon in Portugal, challenging the status quo and succeeding in a male-dominated field. She specialized in Gynaecology and opened her own clinic in Lisbon. She was part of female and suffragist movements all through her life, including the French association La Paix et le Désarmement par les Femmes, which aimed at solving conflicts through mediation, the Grupo Português de Estudos Feministas, lead by Ana de Castro Osório, and the Liga Republicana das Mulheres Portuguesas. Although Carolina Beatriz Ângelo did not live to see universal suffrage take place in Portugal, she is, to this date, a symbol of defiance, resilience, and women’s rights.

Antónia Ferreira inherited many vineyards from her family, which was managed by her husband who nearly destroyed their fortune. After his passing, and only at the age of 33 years old, Antónia took matters into her own hands and started handling the family’s estates and business.

Her dedication and boldness were only matched by her caring nature, and during the most difficult years for the wine-makers, due mostly to plagues, she bought their farms and handed them over without asking for payment in return.

In England, she found the technology that would solve the plagues issues, and innovative techniques to make the industrial process more efficient overall. Her vision reshaped the industry, and her business savvy created trade agreements with England who remains, to today, the biggest importer of Port Wine.

Besides her large fortune and a legacy of over thirty vineyards, she left one of the most iconic wine brands. After all, who never had a Porto Ferreira? 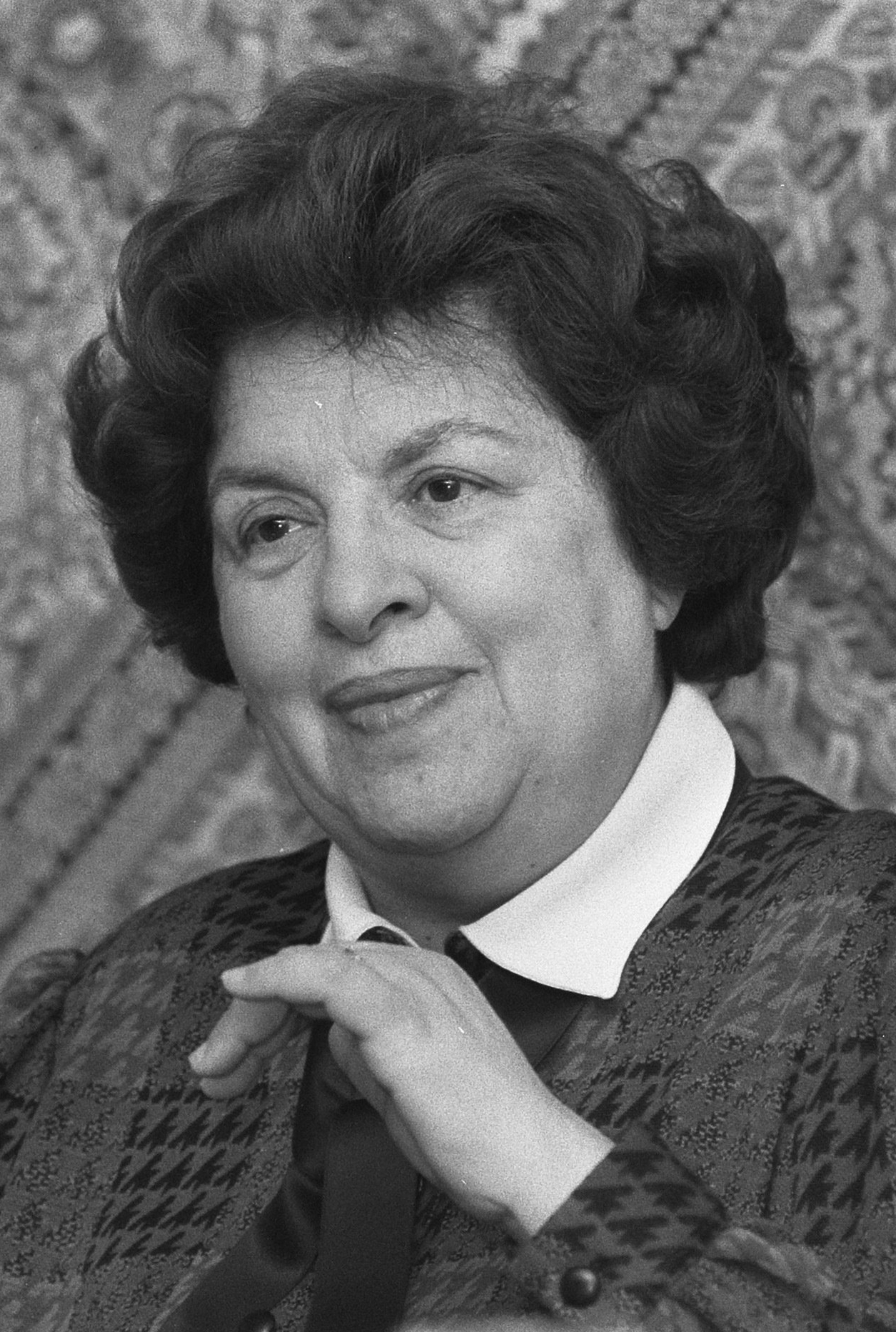 Born in Abrantes in 1896, Maria Lourdes Pintassilgo graduated from Instituto Superior Técnico at the age of 23 in Industrial Chemistry Engineering and enrolled in the graduate program of the Nuclear Energy Board. She went on to excel in this male-dominated field, working for Companhia União Fabril (CUF), where quickly she assumed the position of chief engineer of studies and projects.

Maria Lourdes was part of several Catholic associations, such as Juventude Católica Feminina and Pax Romana, but was not particularly liked by the most conservative politicians — Jacinto Lucas Pires went as far as calling her the “Vasco Gonçalves in a skirt”.

In 1969, she was invited by Marcelo Caetano to be part of Câmara Corporativa, serving in the Ministry of Work, presided Grupo de Trabalho para a Participação da Mulher na Vida Económica e Social, and was a delegate for Portugal in the United Nations’s General Assembly. Pintasilgo was also the Portuguese Ambassador for UNESCO and elected to be part of its Executive Committee. After the Revolution in 1974, she was nominated Secretary of State for Social Security of the Provisional Government, creating model programs based on universality and social justice. In 1979, Ramalho Eanes nominates Pintasilgo to head the Caretaker Government before the elections of 1980, becoming the first woman as head of state in Portugal, and only the second one in Europe — just two months after Margaret Thatcher had taken office.

She was also the first woman to run for the Presidency, in 1986, and only in the last two elections did Portugal have other women running for office.

To this date, she remains the only woman to had led the country. It makes you wonder when the next one will be.

Branca Edmé Marques was a leading specialist in the peaceful applications of nuclear technology, having obtained a doctorate in Physical-Chemical Sciences from the Sorbonne University in 1935 under the guidance of Marie Curie. Her thesis, Nouvelles recherches sur le fractionnement des sels de baryum radifère, granted her the Docteur ès Sciences Physiques Degree as très honorable, the highest grade one could have in France.

In 1936, Branca Edmé Marques returns to Lisbon and founds the Radiochemistry Laboratory, the first of its kind in Portugal, which led to the creation of the Center for Radiochemistry Studies of the Nuclear Energy Commission.

Her work and scientific findings were published all throughout the world, as she developed her research on nuclear chemistry and radiochemistry and on the therapeutic applications of radioisotopes. However, her progression and recognition were always slower than her achievements, and she is quoted as saying that men were insulted to be working with her simply for being a woman.

At 65 years old, Branca Edmé Marques was the first Portuguese woman to obtain a Chair in Chemistry at a Portuguese university, 12 years after applying for it.

A small jump to mankind, and a big one for women: Isabel Rivas was the first woman in the Iberian Peninsula to do a parachute jump. She was born in 1935, and from an early age had always been fearless and adventurous. She studied to be a pilot, and in France pursued her training as a parachuting instructor, achieving the Certificat d’Instructeur em Sol de Parachutisme. In Portugal, the law was not really prepared to regulate this activity, and so she was granted a temporary license to parachute, which was mostly reserved for the military where all the means and equipment existed.

For that reason, and after learning about the Paratroop Nurses in France, Isabel brought this innovative idea to Portugal, and in 1961, by order of Kaúlza de Arriaga, the first Parachuting Course for Nurses began. They were the first group of women to ever integrate the Portuguese Armed Forces.

The Paratroop Nurses played an important role in the Colonial War, they were active in Mozambique, Angola and Guinea-Bissau, performed hundreds of evacuations under fire, and also treating civilians and prisoners of war. During 15 years, a total of 46 Paratroop Nurses were commissioned. Their unity was disbanded after the war ended, but their legacy and bold spirit still remain — after all, women did find their way into yet another male-dominated field, the military.

What an honor to have the talented Portuguese arti

The memories of a vintage market #portugal #portug

Palácio Nacional de Queluz as the backdrop to thi

Beautiful quote to think about today🙌❤️

Get to know a Fundacao do Gil @fundacaodogil a Lis

Founded by a mother of two @rosarinho.onlineshop i

Such a Gorgeous Day Today ♥️⁠ #repost from @

VA, United States
pawealliance@gmail.com
We use cookies on our website to give you the most relevant experience by remembering your preferences and repeat visits. By clicking “Accept”, you consent to the use of ALL the cookies.
Cookie settingsACCEPT
Manage consent